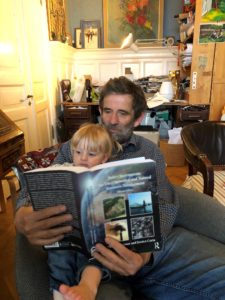 Discounting is Magic. Not just for the heaps of wonderful formulas to play with but magic for the polluters: costs of cleanup just disappear from before your eyes! So it can be dangerous too – but all the more reason to understand the tool and use it wisely. The video gives a first introduction – and then the fun part starts: we need to understand what the future will look like in order to really understand discounting. This has been a passion. The interested reader is recommended to read the article with Hoel on why we need different discount rates in different sectors depending on how they will grow in the future. And the “Even Sterner” application where we show that discount rate heterogeneity can be used to explain why we need a much “Sterner” climate policy. (This is a pun intended: Sterner than the policies recommended in the Stern Review). There is a nice explanation for laymen in the “In defence of sensible economics”. Other articles show how we might think of the value of the future if we have uncertainty or if we desire relative consumption (“keeping up with the Jones’s”) rather than just more bread and butter.

In this lecture you will hear Thomas Sterner explain the concept of discounting. (Lecture recorded in May 2015). 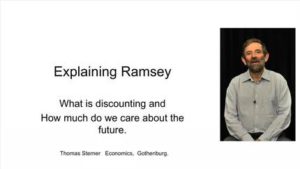