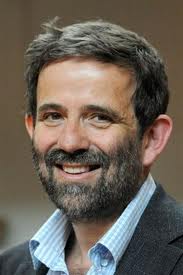 Thomas Sterner is professor of environmental economics. During the last two decades he has built up the Environmental Economics Unit at the University of Gothenburg, with a staff of about a dozen PhDs and another dozen graduate students. The unit has many research projects and gives a unique PhD program mainly for graduate students from developing countries. After graduating most of the PhDs join in the Environment for Development initiative (financed by the Swedish International Development Cooperation Agency, Sida) which does policy relevant research in developing countries.

For the academic year 2015-2016, Thomas Sterner was elected as a visiting professor at the Collège de France. In 2012-2013 he was on sabbatical leave from Gothenburg university and worked as Chief Economist at the Environmental Defense Fund (EDF).

Thomas Sterner’s main areas of work is on discounting and on instrument design for climate and environmental policy. Within the latter subject applications range from general climate issues to more specific issues of carbon pricing, fuel taxes, carbon capture and storage, abatement of nitrogen oxides through refunded emission payments, policies in developing countries, natural resource issues including management of fisheries, buildings, transport, chemicals, plastics, antibiotics, biodiversity. In short anything related to circular economy, sustainability or economics of the Anthropocene.

Nowadays there is much resistance to environmental taxation (like carbon taxes). Some of this is based on a desire not to give money to the state because of practical, distritutional, pragmatic or ideological reasons. One potential solution is to earmark or refund the tax revenues. Scandinavia has some interesting schemes for industrial pollutants (NOX) that we have analyzed.

This paper systematically analyses different kinds of tax refunding to industries. Refunding in proportion to output (which Sweden has for NOx) or in proportion to Abatement investments – which Norway has.

(If you are wondering which is better — it turns out to be a bit complex so read the paper..…)

Following here is a list links to relevant webpages: